A Monte Carlo simulation model can be useful to determine the probability of outcomes - which can not easily be predicted due to randomness of input variables - and also to investigate how (strong) outputs correlate with inputs.

The example has been kept very small on purpose. The focus is to show what the structure of such a model may look like and how little MS Excel VBA coding is required, not to show how to create complex models. This example uses uniform distributions. But you can also generate random variables of other distributions (such as a triangular or a normal distribution): see example 14 of the MS Excel function reference file. 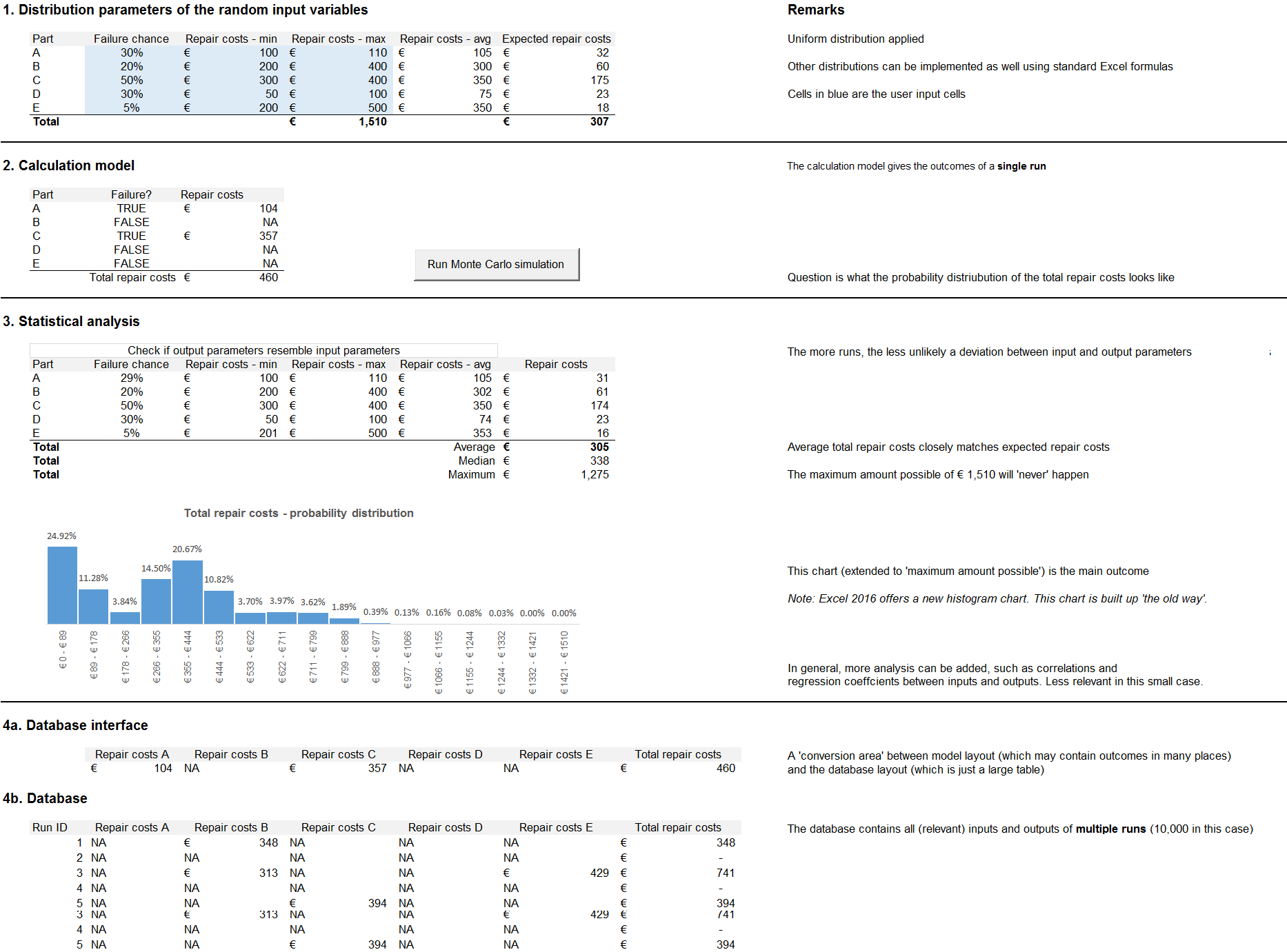 Of course, you can make the run length (10,000) a user input variable. In that case, do not forget to add code that clears the database first before starting the simulation.